Skip to content
Home
Uncategorized
Why do dogs tilt their heads

Why Do Dogs Tilt Their Heads

By cocking its head slightly to the side, a dog does not only make us smile but also shower him with praises and treats. But why do dogs tilt their heads? Are they informed how adorable they look or what’s the reason behind it?

Studies have revealed that dogs tilt their heads for several reasons. One of the reasons might be their ability to emphasize. Undoubtedly dogs are pretty good at reading and reacting to our body language as well as our vocal nods. For instance, when lecturing your pooch against behavior you didn’t like, he or she takes it all in even if the actual message gets distorted in translation. The same happens when you’re showering your puppy with praises. Pooches are capable of acknowledging various parts of human language, so whenever they tilt their heads when addressing them, it’s probably they’re paying attention for certain words and conjugations they relate with amusement activities such as playtime and meals.

So, why do dogs tilt their heads? Here are the reasons;

It Improves Their Hearing

The canine ear is remarkably sensitive, with a capacity to pick up a distant wide range of frequencies than humans. Their head positioning makes a huge difference when it comes to hearing most minuscule undulations in frequency. In simple terms, dogs cock their heads to better position the outer part of the ear (pinnae), to trace the origin of the sound accordingly.

Some dog owners believe that dogs cock their heads to align better to the sound. For instance, a dog may tilt its head to try to figure out your message, in a bid to listen and understand words that are vital to them. According to the experts, a dog may tilt its head to listen to a noise that seems strange to them. Tilting of heads is a natural trait among dogs, and it’s an indication that they resemble human beings in one way or another in regards to listening and understanding the message being conveyed.

It Improves Their Vision

Tilting of the head also helps the dogs to enhance their vision. Studies have revealed that dogs only see better when they cock their heads. Unlike humans, a dog’s muzzle is likely to obstruct it from seeing the source of the sound. Dogs tilt their heads more often to have a clear picture of our visual appearance and get a hint of our expressions, which they are outstanding at.

Whichever the case, this trait is more adorable among the dog owners. At times, dog owners are tempted to make strange noises to prompt a head tilt from their pups. This is something you can often do if you adore your pooch tilting its head.

According to the research, there is no other animal that can read emotion on human faces, apart from a dog. The studies have revealed that dogs can intuitively tell when people are stressed, happy, angry, or jovial. Since they are capable of understanding our emotional state, their tilting of heads is just a way of sympathizing with us. Our pets do seem to have a mysterious way of signaling when things are not going well with our world, and of trying to console us with snuggles and kisses, and that fabulous head cock.

It Demonstrates a Health Concern

One of the signs that your dog needs a vet check is the constant holding of his head at a tilt or shaking his head simultaneously. This behavior is a result of ear or vertigo concerns and is characterized by imbalance and vomiting that, at times, can lead to falls. If you notice this behavior in your pet, it essential to reach out to your vet and get the problem addressed promptly. Check out our article here on https://cleverdogstraining.com/how-to-check-if-your-dog-has-a-disease-or-illness/

The dog may not know that tilting its head is captivating, but he will tell when his master responds positively to a particular trait he does. That’s the reason behind the easy training of dogs. For instance, a dog can master and repeat various traits that made him be showered with gifts in hopes of more rewards. Every time we congratulate our puppies either in talk or actions, he knows that he has done something amazing and will be yarning to do it once more.

Dogs usually tilt their heads to demonstrate that they’re eagerly waiting for something. Some specific words such as “walk” can prompt head tilt, even if it isn’t directed to the dog. He is indeed looking to see whether you expect action from him with your instructions. At times, dogs will still tilt their heads whenever they hear sounds from either a TV or a radio. This trait is common among puppies as they are eager to digest your message and have a clear picture in mind about what you expect from them.

To React to Things Around Them

According to the research, tilting of heads is a natural response to anything they hear. They may tilt their head to respond to specific words that may be of utmost importance to them, such as “treats.” Anyone who has ever owned a dog can attest that dogs demonstrate this behavior when responding to their favorite things. They can also tilt their head because they have heard a word that sounds similar to another word they’re conversant with, even if it has a different meaning, and they may be a bit mysterious.

Regardless of the reason behind the tilting of the head among the dogs, it provides a way for humans and dogs to strengthen their relationship. This is not something new to us because we’re also used to tilting our heads. As discussed from the above, there are several reasonsto the question why do dogs tilt their heads such, as to improve their vision, hearing, show empathy, show health concern, exhibit expectations for something, and to react to things around them.

However, this should not be a concern for anyone breeding dogs for the first time, as it’s their natural trait. It’s important to note that head tilting is one of the reasons why dogs are easy to train when compared to any other animal. Dogs are unique creatures since they are the only animals that can study and interpret human behavior.

check out this great video here on why do dogs tilt their heads. 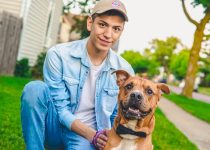 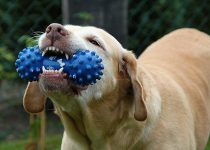 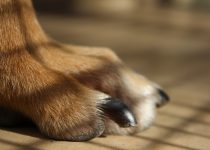